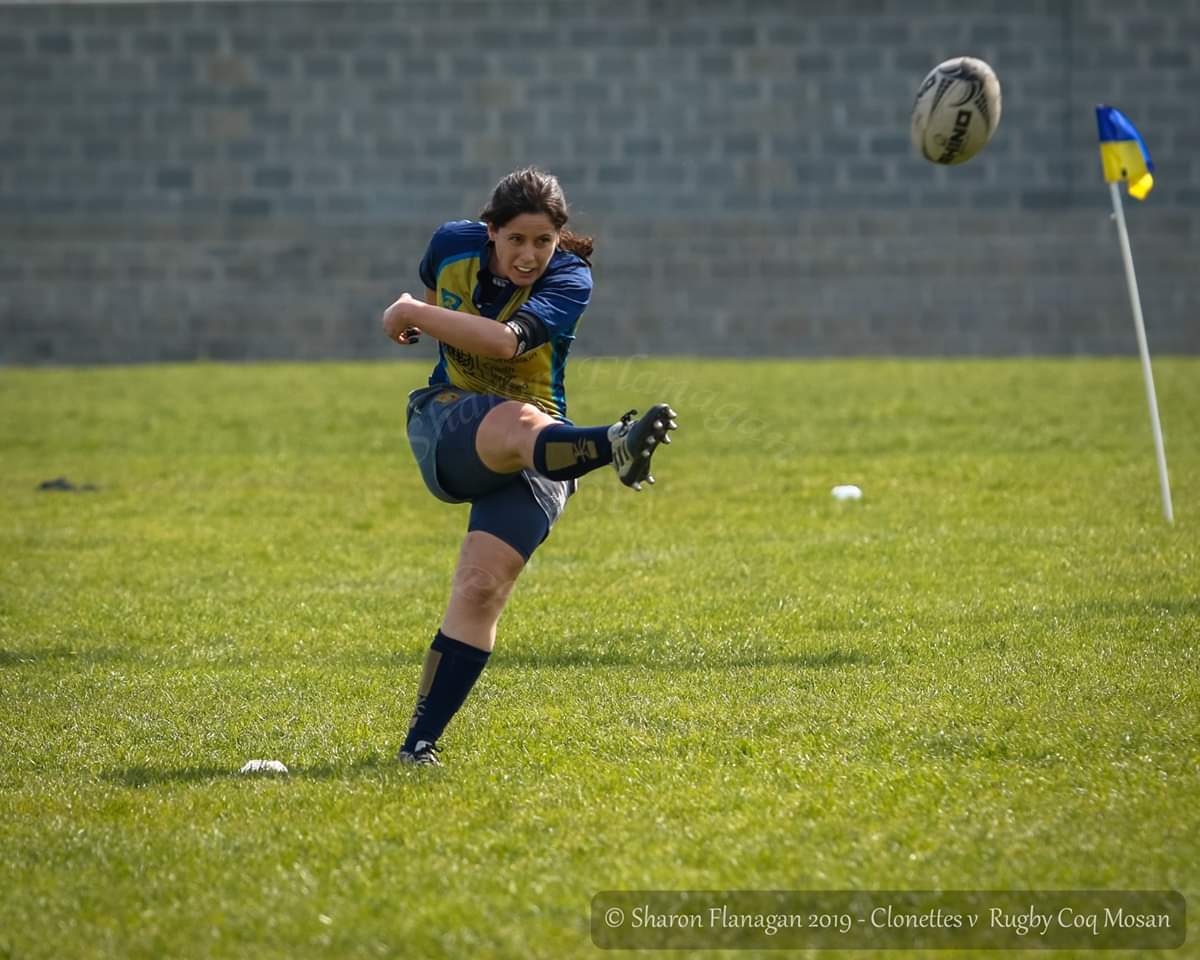 It is a huge honour to be selected as Women’s captain for a second year and I am very proud to lead such a fantastic group of ladies. I am delighted to be joined this year with vice captains Sara Phelan, Nicola Smyth and Aideen Grogan all of whom are very accomplished players with excellent skill sets. This season is also a special one for women’s rugby in Clondalkin as one of our ex-players Una O’Connor becomes the first female President of the club. Una is truly dedicated to the club and has invested so much time and effort in its development so it is great to see her progress to this level.

We had a good 2018/2019 season where despite a slow start we gained momentum towards the end with a winning streak after Christmas. Unfortunately we were unable to come away with silverware after being knocked out in semi-finals of the league and runners up in the Paul Flood Plate final in Donnybrook. Last season we were also lucky to have our first women’s training camp in Johnstown Estate organised by Al Hickey. We had members of the men’s team including Philly Byrne, Mikey Russell, James Kenny and Kev Dunphy. This camp was really beneficial to the ladies and we are very grateful for the clubs investment in the Clonettes. We also had the opportunity to host the Coquettes who travelled from Belgium on tour, this was the first international challenge the Clonettes have faced and we hope to make this a tradition in coming seasons.

This season we are lucky to have Al Hickey once again as our women’s coach. Al Hickey is a well-respected and experienced member of Clondalkin rugby. His expertise and knowledge has influenced the Clonettes game greatly over the last season and our game has improved exponentially with his guidance and encouragement. Ray Kelly, our forwards coach for last season has decided to return to playing with Clondalkin 3rds. We miss him and would like to thank him for all the work he put in over the last season. Ray Kelly has been replaced this season by Kev Dunphy. Kev Dunphy has taken a year out from playing with the men’s team after a very successful season. Kev has already made his mark with the forwards by improving scrummaging techniques and implementing new lineouts.

I would like to take this opportunity to thank Sandie Healy our Manager who works behind the scenes organising fixtures and dealing with any issues to ensure everything runs smoothly. She has done so much for the Clonettes over the past few years, we are very grateful. She is a wonderful manager and friend.

This season looks promising with the addition of new players and old players returning from injury. We have improved structure by implementing leadership groups comprised of the most experienced and dedicated Clonettes. We have just finished our first friendly ahead of the 2019/2020 season and already I can see how this new structure is working well. Our new players have proven themselves to be naturals and welcome additions to the Clonettes. We are always looking for new players too so if you are interested in playing give Clondalkin Rugby a try.

Finally I hope this season will be another successful one for all Clondalkin Rugby teams and that we make our club family proud.