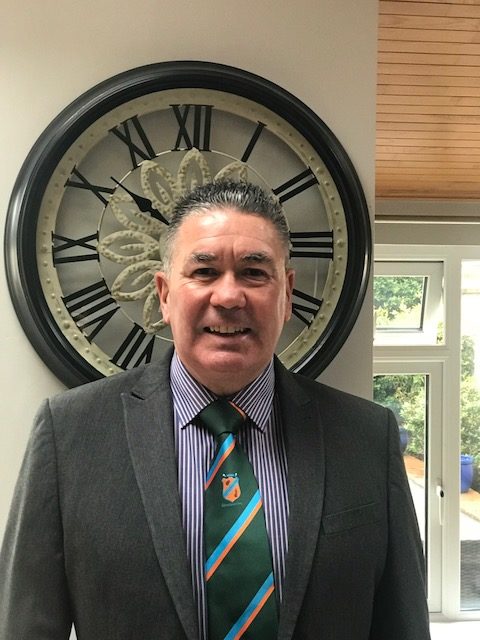 As the President of Clondalkin Rugby Club, I’d like to welcome all members of the club players, supporters, coaches,  officials,  their friends and relatives to the  start of the 2018/19 season. I would like to congratulate Mikey Russell and Philly on their respective appointments and wish them every success for the year ahead. Not forgetting Naomi, Ailbhe , Alan and all of the other teams competing in their relative competitions, wishing them the same sentiment for the season ahead.

Our one thought for the season is “It Starts With you” (What can I do to make our Season Better? Need I say Anything Else Lets Give Everything We Can!)

Our Mini’s rugby continues to go from strength to strength and is showing significant growth in numbers year on year so any help from former or current players on Sunday mornings would be much appreciated by Gareth, Una, Greg and the team.

It takes a lot of work behind the scenes to keep the club functioning and in this regard I would like to thank the executive committee  under the stewardship of Gerry Gilligan (Chairman) for their continued hard work again this season.  It takes a lot of money to run the club for a season so I would like to thank Pat Cagney for his herculean efforts in managing our finances and ensuring that we all have enough equipment , gear etc. to represent our club to the highest standards. Also in regard to the facilities I would like to personally thank Kevin Laide for staying on for one more year, and his team for their continued efforts to keep the clubhouse and grounds in pristine condition for us and our competitors.

One of the objectives of our club has always been to preserve and grow our reputation as a friendly, family orientated club and the recent family day organised by Una Maguire proudly supported by Greg and Vinny was a tremendous success and I’d like to congratulate all involved.

Just a thought for one of our club members, former 2nd row player, referee, coach and teammate who suffered a horrific accident during our off-season. Gordon Condell, it was great to get your text and hear that you are so positive going forward. I know I speak for every member of the club in wishing you well and we hope to see you around the club before the end of the season. Our thoughts and prayers are with you Avril and your family during your continued recovery.

Finally I would like to ask you for your support to attend as many of the matches in the club as possible and to support our teams in a competitive, vigorous and boisterous but respectful manner as this will be greatly appreciated by all of the players, coaching staff and referees.

I would once again like to wish all of our teams a successful and triumphant year and I look forward to viewing the fruits of your labour and sharing these experiences with you. I look forward to the end of the season where we can admire our trophy cabinet and the walls of the club which will no doubt be full to the brim and painted with plaques.

As a once famous president American President reminded us, our motto for the season is

Is feider linn (yes we can)