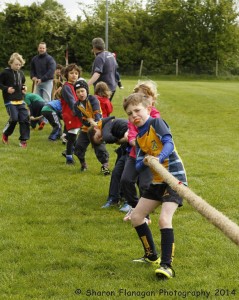 The mini season wrapped up last weekend with a fantastic family and fun day, organised expertly by Frank Lynam. 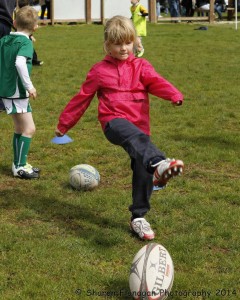 The under 12s team fresh off their half time game vs North Kildare in the RDS at the Leinster vs Edinburgh Rabo League Match.

The kids where treated to Bouncy castles, BBQ, Tug of War, Obstacle courses & rounders and went home both happy and tired! 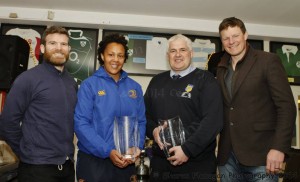 All players where presented with their medals of participation by none other than Leinster Rugby’s Gordon Darcy and former Leinster, Ireland and Lions player Malcolm O’Kelly in addition to Sophie Spence, Irish Women’s and Leinster Player (Leinster Player of the Year). The Awards were sponsored by ABS Building Supplies and a massive thanks to them. 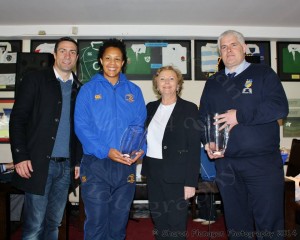 The autograph hunters where out in force, with also Olympic Silver Medalist Kenneth Egan on hand to sign a few, along with our international rugby stars, the kids where left star struck.

The Club also took the time to recognize the efforts of the 30 or so, underage coaches
who give of their time, each Sunday and Wednesday night, and had Minster for Justice Frances Fitzgerald on hand to present awards to all coaches. It great to see our club volunteers being recognized.

On behalf, of the club, i would also thank you all most sincerely for your efforts, throughout the season. Testament to your hard work, was the huge numbers who attended yesterday.

Thanks also to Chris, for his expert, piano playing! 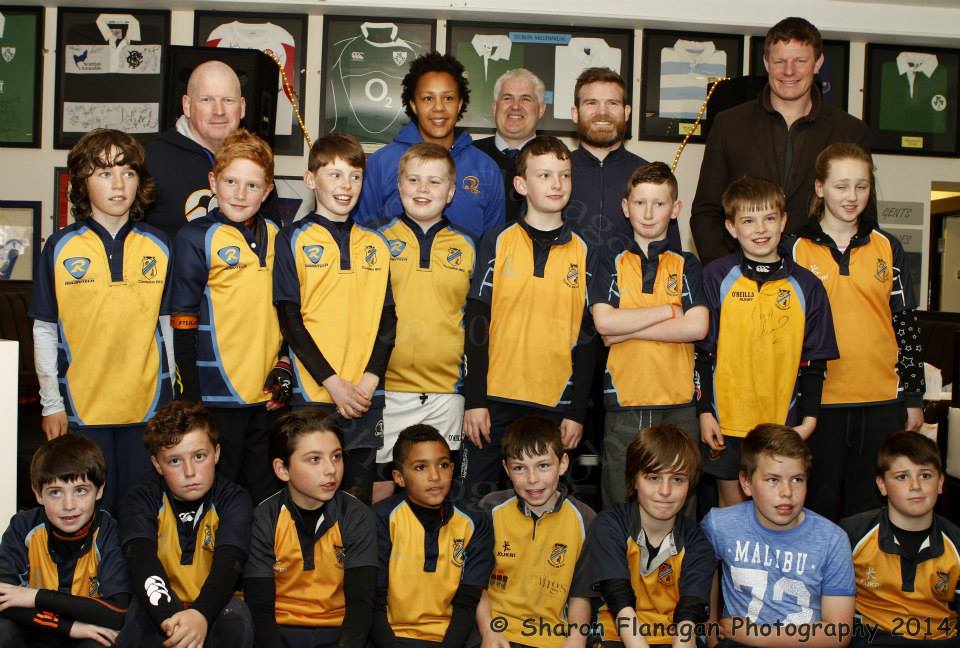